Last month the New York Times had an article in the Letter of Recommendation section about the typeface Garamond. It was written by a writer/designer and it’s very sweet and reflects some of the insecurities that anyone in the creative field feels on and off during their careers.

One bone I have to pick is that when they mentioned a basic non-serif font they said Arial instead of Helvetica… REALLY??? But more on that in another post.

The fonts in the Garamond family we use today really come from two sources: the original cuts made by Claude Garamond in the sixteenth century and later designs by a Swiss engraver – Jean Jannon. Jannon frankly wanted to create his own font because getting the cuts from France and Germany was so difficult. He finished his design, based on Garamond, in 1615. So many of the Garamond design variations are are based on the design by Gannon.

Stempel Garamond was released in 1925 and is thought to be the closest to the original 1592 design. Interestingly, as I recall, Apple used a version of Garamond Condensed as their font when they launched the Mac and kept it as their corporate font until they switched to Myriad in the early 2000’s.

Fonts.com has 36 families of Garamond, some of the differences are subtle, but they’re all elegant. I have tons of fonts on my computer, so I don’t know which version of Garamond comes with Word, but I suspect it’s close to ITC Garamond which was designed in 1977 with a much taller x-height for the lower case letters. The taller x-height makes it easier to read on screens.

And here are a few of the Garamond design variations: 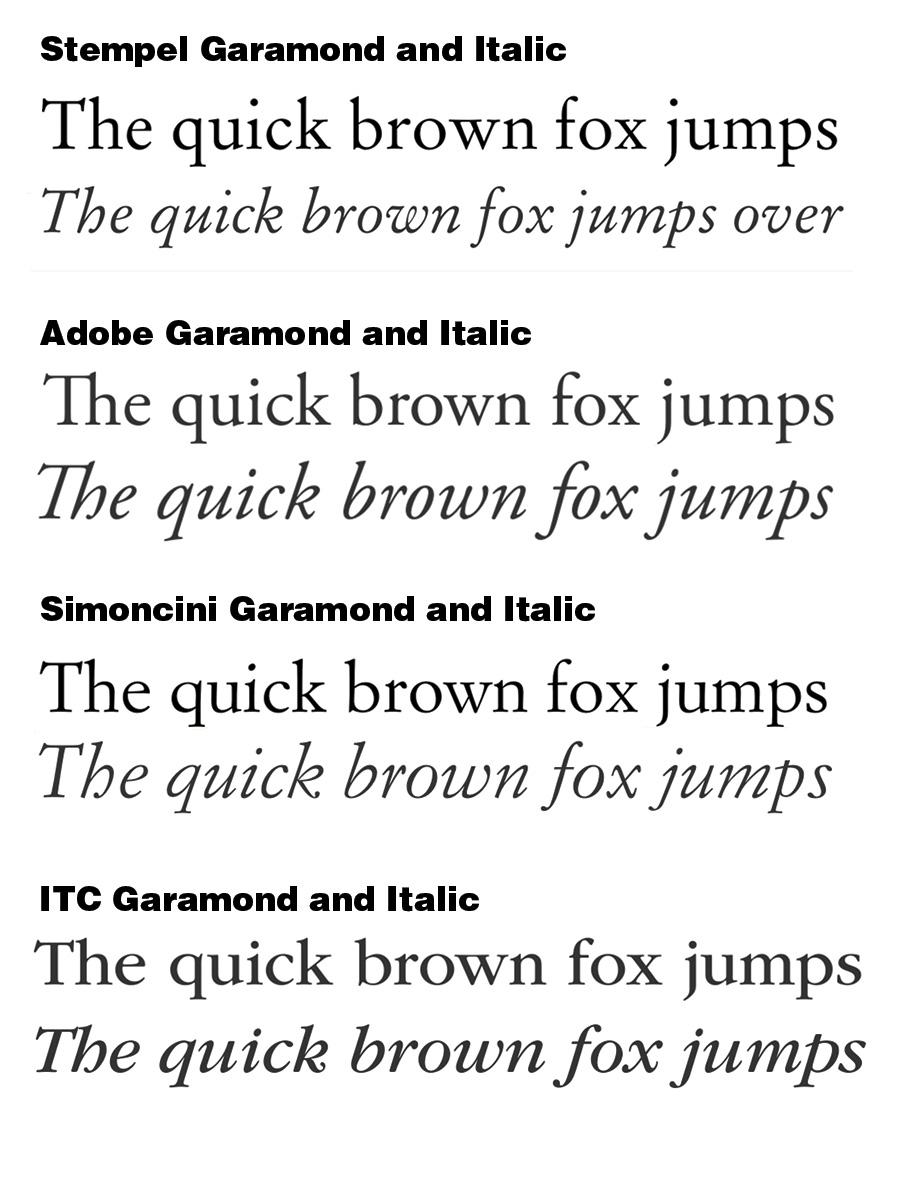